The Nocebo Effect: How the “Key Link” is Often a Belief, not a Thing 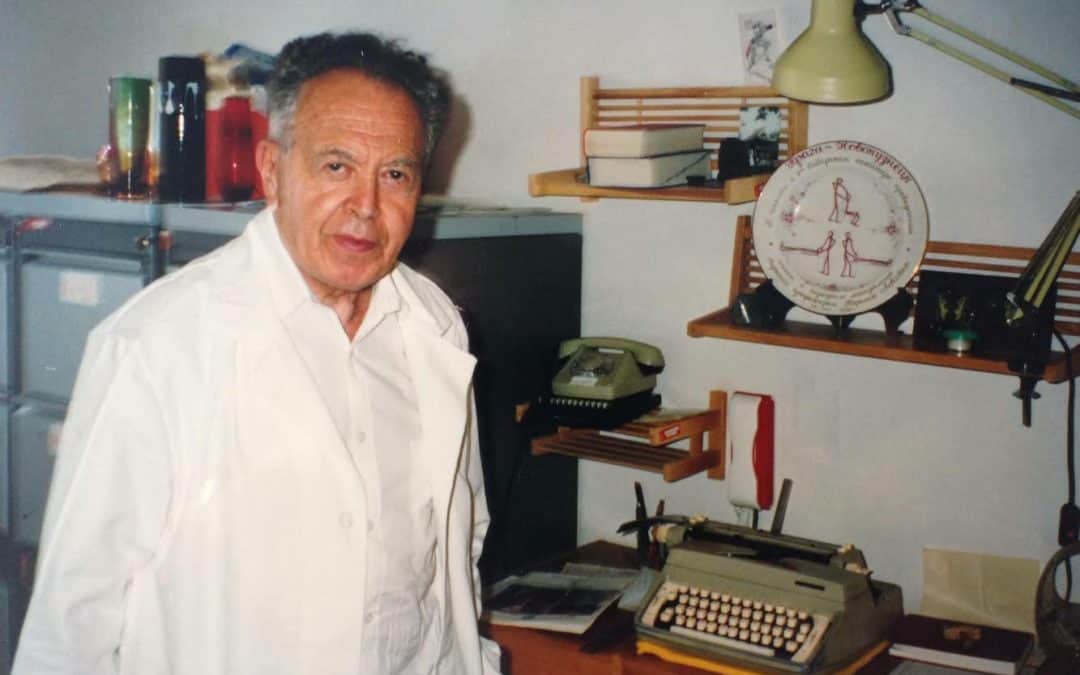 “We work at the acceptable level of uncertainty,” according to Dr Karel Lewit, founding Neurologist of the Prague School of Rehabilitation & Manual Medicine. Being an outlier requires you’re unafraid of being wrong & comfortable with uncertainty.

Dr Lewit was so ahead of his time. He realized the “key link” wasn’t just a key region or tissue as many manual therapists imagine, but could be from a repetitive task, old injury or nocebo ideas about the nature of hurt and harm or pathology and pain. Dr Lewit even wrote in P2 of the 1st edition of the English translation of his textbook

“The subjective assessment of pain allows us to correlate the nociceptive stimulation, the reflex reaction and the (central, psychological) susceptibility of the patient to pain.”

This was in 1982 four years before Gordon Waddell, MD wrote his Volvo award winning paper on the BPS model in back pain. He goes on to say

“…psychological factors play a great role, as motor patterns are to a certain degree expressions of the state of mind: anxiety, depression and an inability to relax…. no less important is the subject’s psychological attitude to pain..”

Of course, pathology can be relevant and our process should determine if special tests are needed to alter our menu of options. According to Lewit (1994) “The first and fundamental task in classification, and hence also in diagnosis, is whether we have to deal (mainly) with pathology or dysfunction.”

Re: nerve root cases Dr Lewit states, “While disc surgery for lumbar root syndromes became a routine procedure…. the large majority of root syndromes resolve without operation. Reviewing these morphological changes…we can readily see that the do not explain the complaints of the vast majority of our patients.”

“…in most cases where our expertise is called for, the patient has received neither adequate therapy or rehabilitation…This is particularly serious in view of the principle symptom, ie. pain: The unfortunate consequence is that the expert, in order to find ‘objective’ criteria, feels bound to base his decision on the morphological findings..”

“There are psychological factors at work….the patient himself is informed…of the changes found in his X-rays and presented to him as the cause of his pain, with the inevitable consequences…the patient so ‘informed’ who becomes a hopeless problem for further management and invalidity is then not the consequence of the disease but of misguided ‘expert opinion’.”

“In most other fields of medicine, the attitude of the doctor is only too often that of the ancient shaman; the patient comes to be cured, whether by drugs, surgery…The patient (as the word implies) patiently does nothing about it; he is only the object of medicine. In rehabilitation, on the contrary, the patient is the subject, and as doctors we merely advise him how to deal with his predicament. This involves overcoming the comfortably passive role of the patient and dealing with the difficult problem of psychological motivation.”

“In this field of medicine a personal relationship between doctor and patient is vital.” According to Lewit (2008), “A patient…has to be given a systematic screening examination. No two patients are alike and the objective is problem solving.”

More often than not the “key link” is not a thing. Instead of it simply being a tissue it’s at least as much due to a mindset or belief. In particular the mindset of the physician! This unfortunately can make the patient an unwitting victim of nocebo beliefs such as:

Janet Travell, MD succinctly stated, “after an injury tissues heal, but muscles learn. They readily develop habits of guarding that outlast the injury.”

We know how important mindset is. Michael Gervais, PhD said, “Confidence is the cornerstone of great performance. It comes from one place, what you say to yourself.”

This is why the the belief that one’s tissue is the issue due to being “unstable”, having poor posture, mis-alignment etc are all powerful words that have meanings which can dis-able people. The idea that an activity is harmful or that a person should avoid something like squats “a priori” flies in the face of modern sport science. As Tim Gabbett, PhD states, “its not the load that breaks you down. It’s the load you’re not prepared for.”

The best we can do is to avoid nocebos that can make people over-protective or under-prepared. This is why all the evidence has been suggesting that the twin cornerstones of management to prevent musculoskeletal disability involve reassurance & reactivation.